Hyaluronan (HA) is a simple extracellular matrix polysaccharide that a wealth of experimental approaches has demonstrated actively regulates inflammation in tissue repair, fibrogenic disease processes and cancer progression. In general, large HA polymers, which are mainly present in homeostatic tissues, are immunologically quiescent and contribute to enforcing homeostasis. HA fragments are generated by reactive oxygen/nitrogen species (ROS/RNS) and hyaluronidases produced during tissue stress and repair. Accumulation of HA is prognostic of poor outcome in cancer patients. RHAMM is a cellular HA‑binding receptor that is expressed in tissues following wound repair and during pathological processes such as cancer progression. Hyper-expression of RHAMM in cancer is predictive of poor clinical outcome and increased risk of peripheral metastasis. Imaging of RHAMM-positive tumour cell subsets would therefore be relevant in identifying tumor progenitor cells and patients at risk for poor outcome. Blocking the RHAMM:HA interaction and the associated inflammatory signalling pathways is a novel therapeutic approach to a number of diseases including cancer, fibrosis, autoimmune and other inflammatory diseases.

In a rational design approach, Lawson researchers developed HA peptide mimics from the C‑terminal region of alpha and beta tubulin that bind to RHAMM. Both HA and regions of tubulin (s-tubulin) are anionic and bind to basic amino acid-rich regions in partner proteins, such as in HA and tubulin binding regions of RHAMM. This was used as a rationale for developing bioinformatics and SPR (surface plasmon resonance) based screening to identify high affinity anionic RHAMM peptide ligands. A library of 12-mer peptides was prepared based on the carboxyl terminal tail sequence of s-tubulin isoforms and assayed for their ability to bind to the HA/tubulin binding region of recombinant RHAMM using SPR. This approach resulted in the isolation of three 12-mer peptides with nanomolar affinity for RHAMM. These peptides bound selectively to RHAMM but not to CD44 or TLR2,4 and selectively blocked RHAMM:HA interactions.

These novel RHAMM-binding peptides provide the basis for new imaging probes that can be used to identify cells expressing RHAMM and for methods of imaging, prognosis, diagnosis and treatment of conditions associated with RHAMM expression including cancer (i.e tumor progenitor cells). For example, one of the RHAMM‑binding peptides has been shown inhibit the invasion of highly metastatic PC3MLN4 prostate cancer cells, which is a property associated with malignant tumor progression.The capacity of the novel peptides to specifically bind RHAMM may also be exploited to selectively targeting progenitor cells with a therapeutic drug agent, either directly through the ligand-receptor interaction, or indirectly by delivering a therapeutic payload to the targeted cells.

In addition to cancer, RHAMM and HA interaction plays a role in a number of diseases including fibrosis, autoimmune and other inflammatory diseases. Therefore, these peptides are antagonists that block the RHAMM-HA interaction to limit RHAMM:HA induced inflammation and offer a novel therapeutic approach to numerous diseases. 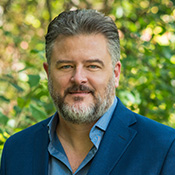