There is an immediate need to optimize the combination of solar photovoltaics (PV) and plants on farmland. Cost declines, brought on by an aggressive industrial learning curve, have been the standard in the PV industry for the last several decades. Due to this, PV costs are expected to continue to decline by another 60% in the next decade. PV costs have dropped so low, that solar energy via PV electrical production is now normally the least costly electricity source. But, this large PV growth comes with challenges. First, high population density cities, where the majority of humanity now live, lack adequate surface area for PV to meet electrical needs. Thus, massive surface areas are needed for PV, which are normally found in rural areas where most agricultural production occurs. To meet this demand, agrivoltaics, which involve the strategic co-development of land for both PV electrical generation and agriculture, can meet growing energy and food demands simultaneously without land use conflicts. Many agrivoltaic studies show either marginal impacts on crop production or an increase in production (i.e., shade tolerant crops and leafy vegetables that prefer partial shading from PV), demonstrating the benefits of agrivoltaics. However, agrivoltaic optimization, has hardly begun. Studies normally focus on a single crop and test the basic geometry of the PV systems, yet the globe has over 20,000 species of edible plants and PV systems have numerous variables that could alter agrivoltaic production. Thus, comparative studies often focus on the use of many small PV systems (e.g., a few modules in one ground mounted rack) which have the disadvantage of introducing a large number of edge effects as the crops are exposed to direct sunlight early and late in the day in the experimental systems, but not in hectare-scaled production. To overcome these challenges, a method is needed to provide low-cost agrivoltaic testing and optimization for research in this field.

Researchers at Western University have developed a new testing system: the parametric opensource cold-frame agrivoltaic system (POSCAS). POSCAS is an adaptation of a standard gardening cold-frame used in cold climates as it acts as a small greenhouse for agricultural production (Figure 1.). In a POSCAS, the glazing of the cold frame is replaced with a semi-transparent PV module in order to test it for use in the agrivoltaic market. In order to minimize the cost of production to make the technology as accessible as possible and thus accelerate agrivoltaic experimentation, POSCAS is designed to be an open hardware device using best practices. To ensure that the POSCAS system is as widely usable as possible and future proof, it was designed to be parametric so that it can be adapted for any size of PV module and designed to take advantage of distributed manufacturing. For the frame, the thickness of the walls, type of wall insulation, possessing a floor or being directly located on the ground, the tilt angle of the module can all be controlled by a parametric OpenSCAD script housed at the Open Science Framework. The script outputs a 3-D printable file so the frame body can be manufactured from waste plastic using distributed recycling and additive manufacturing (DRAM) techniques. The open-source parametric script provided here allows for making modifications in the framework of the POSCAS to do many experiments and optimization such as altering (i) array geometry and racking, (ii) type of module, (iii) type of PV material, (iv) transparency of module, (v) spectral transmission of module including the impact of optical enhancement techniques such as ARCs, and (vi) the use of spectral shifting materials within the module.

This technology has application in the following fields: 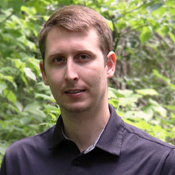