A yeast model for high throughput drug and small molecule screening for ALS and Distal Myopathy-2.

Amyotrophic lateral sclerosis (ALS) is a heterogeneous neurodegenerative disease caused by loss of the upper motor neurons, i.e. neurons that extend from the cortex to the brain stem and the spinal cord, and lower motor neurons, i.e. neurons that connect the brainstem or spinal cord to muscle (Hardiman et al. 2017). Progressive loss of these neuron populations precede into two distinct early presentation of ALS symptoms: patients diagnosed with spinal-onset display a significant weakness of the limbs whereas bulbar-onset leads to difficulty swallowing (dysphagia) and difficulty speaking (dysarthria) (Hardiman et al. 2017). As the disease progresses, symptoms converge and death due to respiratory failure usually occurs within 3-5 years. ALS can also be grouped as either sporadic ALS (sALS), i.e. with no family history, which account for ~90% of all ALS cases, or familial ALS (fALS), i.e. with a family history of ALS, which accounts for ~10% of all ALS cases (Chen et al. 2013).

Despite considerable research efforts, the molecular mechanisms underpinning the disease remain unknown and there is no cure.

Additionally, researchers have created MATRIN3 constructs that are sequentially deleted for the RNA recognition motifs as well as the Zinc-finger binding domains. These tools allow for toxicity and aggregation to be mapped to specific regions of MATRIN3 that are required for these phenotypes.

In summary, the current invention provides a robust platform for high-throughput cost-effective drug or compound screening and small molecule screening to target human MATRIN3 or mutant variants that have been associated with ALS and DM-2. 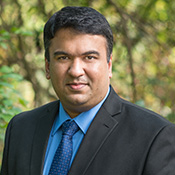