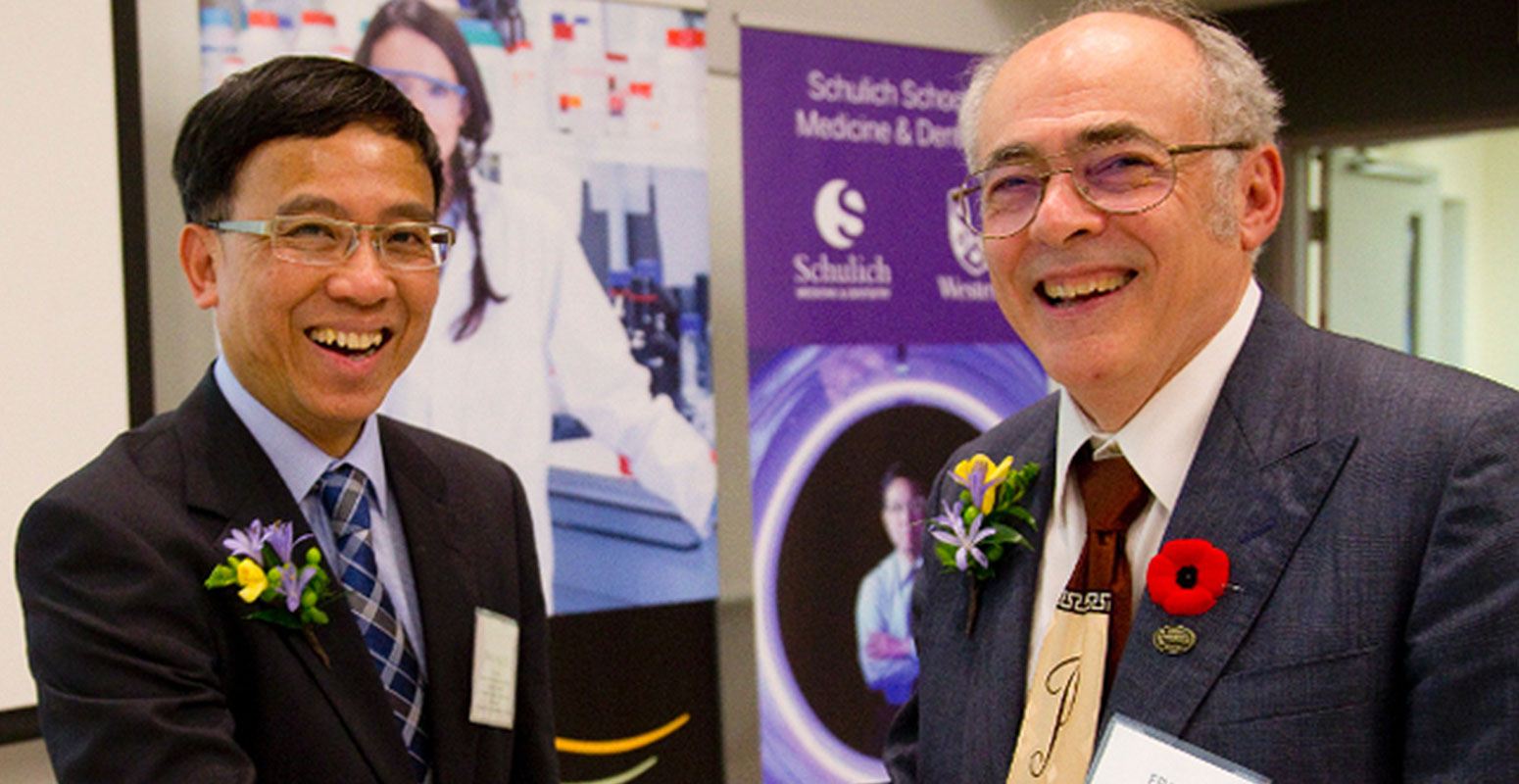 London researcher Ting-Yim Lee is working toward what he calls a “next-generation” form of medical imaging.

Imagine a health-care professional treating a stroke patient. Imagine technology that can deliver three maps of the patient’s brain showing where the blood is still flowing and what portions of the brain already have been damaged. Now imagine that the information about structural changes in the patient’s brain come in such a simple form, it can be interpreted by virtually anyone. And imagine it can all be done in a matter of minutes, saving crucial time that could mean the difference between life and death.

“Everything has to be fast, less than five minutes,” Lee said Wednesday.

To help him achieve this goal, Lee has endowed the Ting-Yim Lee chair in cardiac computerized tomography imaging research. Along with the Frank Prato research chair in molecular imaging, both chairs were announced Wednesday at St. Joseph’s Health Care London.

Both researchers were honoured at the afternoon reception following brief remarks in front of a crowd of roughly 110 dignitaries.

The head of St. Joe’s, Gillian Kernaghan, said imaging is the “cornerstone” of what doctors do at the hospital.

The chairs were set up in collaboration with Western University.

“Philanthropy is a key driver of research in London,” Kernaghan said by way of explaining the generosity of both men.

“As a result, we’re able to deliver better, faster, more effective health care,” she added. The ultimate goal of imaging is to understand why and how diseases form, Kernaghan said.

Western president Amit Chakma noted in his introductory remarks that Lee has twice received a Dean’s Excellence Award from Western.

Lee talked about his introduction to the study of blood flow in the brain and heart 28 years ago. “At that time, imaging was too slow,” he said.

He thanked Western, St. Joe’s and his family for supporting his research, which he called “my crazy ideas.” He hopes to achieve his next goal, pushing the boundaries of diagnostic imaging, by working with a stroke team in Calgary.