Severe trauma can lead to the development of Systemic Inflammatory Response Syndrome (SIRS) that often results in acute respiratory distress syndrome (ARDS), characterized by respiratory failure due to the accumulation of fluid in the lungs. Fluid buildup correlates to an influx of activated neutrophils, whose disgorged contents lead to an increase in lung epithelial permeability and an influx of fluid. Although neutrophil activation is a normal part of the innate defense system’s response to injury and infection, a systemic inflammatory response due to trauma can lead to dysregulated neutrophil activation resulting in poorer clinical outcomes. Mortality from ARDS correlates with the extent of lung neutrophilia. A hallmark of COVID-19 is the development of an atypical form of ARDS that involves a large influx of neutrophils into the lungs.

Traumatic brain injury (TBI) is an independent predictor of ARDS in the general trauma population, and those trauma patients with TBI, or TBI plus shock requiring resuscitation, were associated with significantly greater odds of developing respiratory complications compared to those trauma patients without TBI. Each year in the United States (US) 1.7 million people sustain TBI, which is a contributing factor to over 30% of all injury-related deaths. About 30% of patients with severe TBI end up with ARDS, which is associated with worse neurologic outcomes, longer hospitalizations, greater time in the intensive care unit, and higher mortality rates.

Researchers at The University of Western Ontario have developed a humanized monoclonal antibody targeting CD11d, part of the CD11d/CD18 heterodimeric β2 integrin complex expressed on a majority of circulating human neutrophils, monocytes, B cells, and NK cells. The anti-CD11d monoclonal antibody does not deplete the target cells but inhibits their accumulation at sites of injury. Anti-CD11d has been extensively tested in rodent models of traumatic brain injury and spinal cord injury where it was found to reduce the accumulation of neutrophils and monocyte/macrophages at the site of injury, leading to improved neurological and behavioral outcomes.

The integrin family of receptors are involved in cell adhesion and interactions with extracellular matrix components. The CD11d/CD18 complex binds VCAM-1 on endothelial cells and is thought to promote the binding and extravasation of activated neutrophils and monocyte/macrophages from circulation into tissues of the periphery. During a normal course of events, neutrophils and monocytes/macrophages accumulate at sites of infection or injury, but during a systemic inflammatory response, the lungs are particularly susceptible, leading to localized tissue damage, ARDS and poorer clinical outcomes. Recent data from a rodent model of spinal cord injury found treatment with anti-CD11d was associated with reduce lung inflammation indicated by reduced levels of myeloperoxidase, an enzyme abundantly expressed in neutrophil granulocytes.

Integrin receptors exist in either active (high affinity for targets) or inactive (low affinity for target) states. Under normal conditions, only 5% of circulating neutrophils, bind the anti-CD11d mAb. However, when the cells are activated in vitro (PMA, fMLP) then most (>90%) of the neutrophils bind the humanized anti-CD11d. Greater than 90% of circulating blood monocytes bind the humanized CD11d. It is thought that this humanized anti-CD11d mAb binds to the activated version of the receptor and therefore is specific for activated neutrophils or monocytes/macrophages and prevents their extravasation into the peripheral tissues. This also makes the antibody relatively safe, and no adverse events have been associated with antibody usage in any of the rodent models. 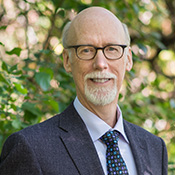