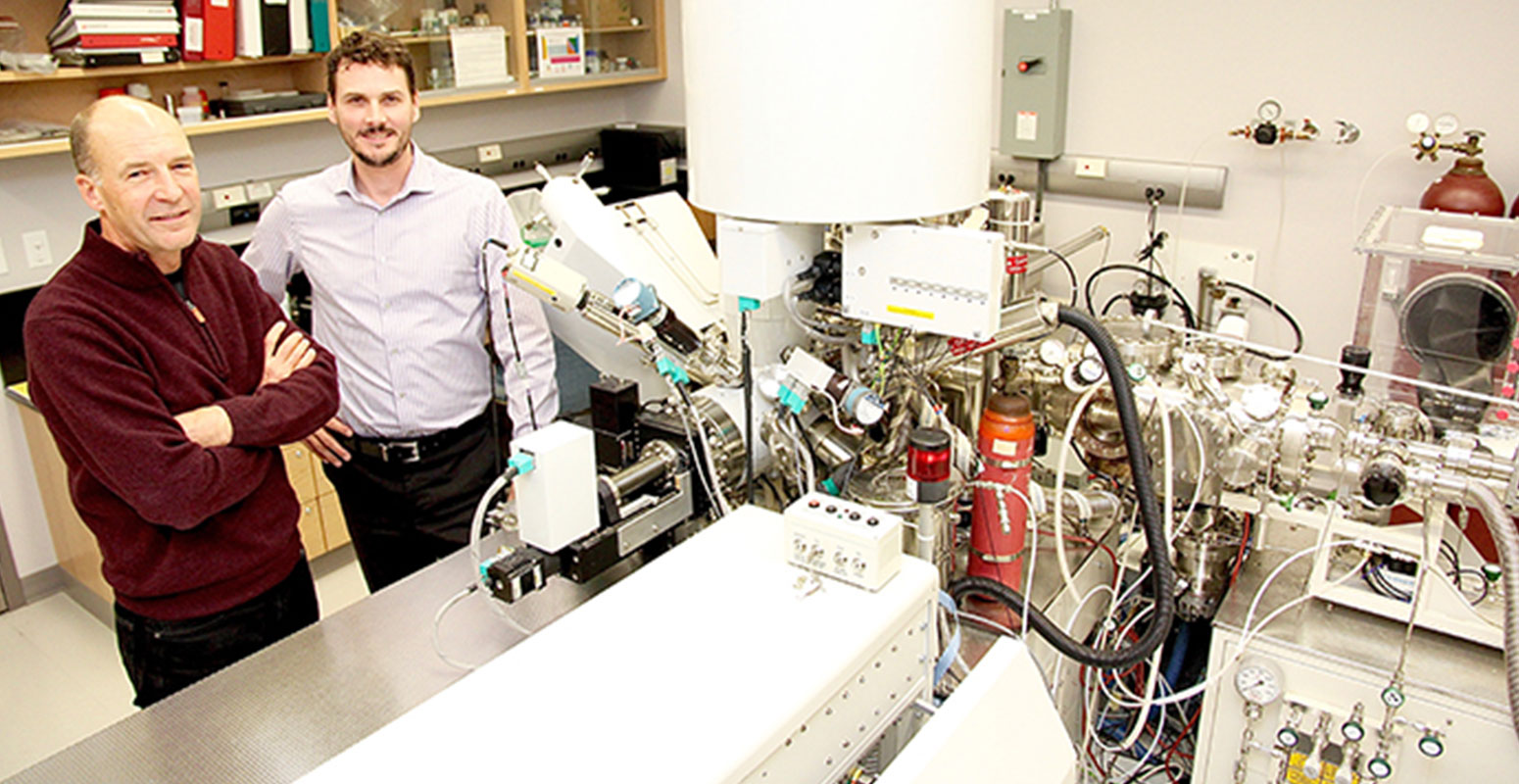 For researchers at Surface Science Western, a surface profilometer, a dynamic secondary ion mass spectrometer and a scanning electron microscope with energy dispersive X-ray capabilities have been all in a day’s work for the last 35 years.

The consulting and research laboratory specializes in the analysis and characterization of surfaces and materials. This year, the lab marks 35 years of helping high-profile clients across a range of industry sectors, including energy, mineral resources, health services, automotive, aerospace, environmental and electronics, to name a few.

“We’re about helping manufacturers solve their problems,” said Gary Good, Surface Science Western Operations Manager, who will deal with close to 200 different commercial companies each year. “They send stuff they make, such as an auto supplier, that could have a paint defect or a flaw, and we go about getting them answers.”

Earlier this year, the Ontario Ministry of Transportation sought the expertise of Surface Science Western (SSW) and its 13 full-time staff to determine what caused bolts holding the cable-stayed Nipigon River Bridge to fail just two months after opening. That failure allowed the steel decking to separate and rise up. Researchers determined component design and improperly tightened bolts caused the failure.

“The variety of stuff is amazing,” Good said. “It’s pretty cool the sort of things you can get involved with here.”

“In these days of transitory relationships and short-lived organizations, it is noteworthy that Surface Science Western has endured for 35 years, through a procession of academic trends and directions, as well as during economic times that were both opportune and difficult,” McIntyre said at a recent celebration marking the lab’s anniversary.

Approximately 80 per cent of the operating capital for SSW comes from consulting and research revenue from industries across from the city and around the world, said Mark Biesinger, Surface Science Western Manager of Research and Business Development. Other funding support comes from government grants and contracts, as well as the Faculty of Science.

This self-sustaining setup has helped SSW renew and upgrade the instrumentation needed to keep the lab competitive. Over the last couple of years, they have spent more than $300,000 on items such as an infrared spectrometer and part of a raman spectrometer.

In the last decade, Surface Science Western researchers have co-authored 200 publications. Work from the facility has led to more than 300 other papers involving SSW-trained students.

“We’ll discuss the problem with the client, receive the samples, conduct a range of surface analysis techniques, depending on the problem, look at the outer few nanometers of that surface to look for contamination, or perhaps changes in chemistry should there be oxidation,” said Biesinger, who was introduced to Surface Science Western as a fourth-year Chemistry student in 1991. “There are so many layers that we look at. We’re problem solvers.”

While a large component of the work being done at Surface Science Western involves industry, there have been few instances where a handful of odd items – such as cow’s teeth and mummified remains – have made their way into the facilities, now located at Western’s Research Park.

“I’ve looked at bits of mummies from side shows in the old west and from Peru, to remains from the Kwäday Dän Ts’ìnchi man (Canadian Ice Man) who was buried out in B.C.,” said Biesinger, noting he’s looked at every part of a car in his 24 years at Surface Science Western. “Anything that is a material and has a surface, we’ve probably done.”

It is this variety that keeps Good, who has been at SSW for almost three decades, anticipating each new day in the office.

“It’s been so interesting because you never know, from one day to the next, what’s coming through the door,” he said.

Photo: Surface Science Western operations manager Gary Good, left, and Research and Business Development manager Mark Biesinger show off an X-ray photoelectron spectrometer, one of the many instruments the laboratory has been using for the past 35 years in their analysis and characterization of surfaces and materials.

Articles – News
ecommLab celebrates anniversary of looking below the surface11.24.2016