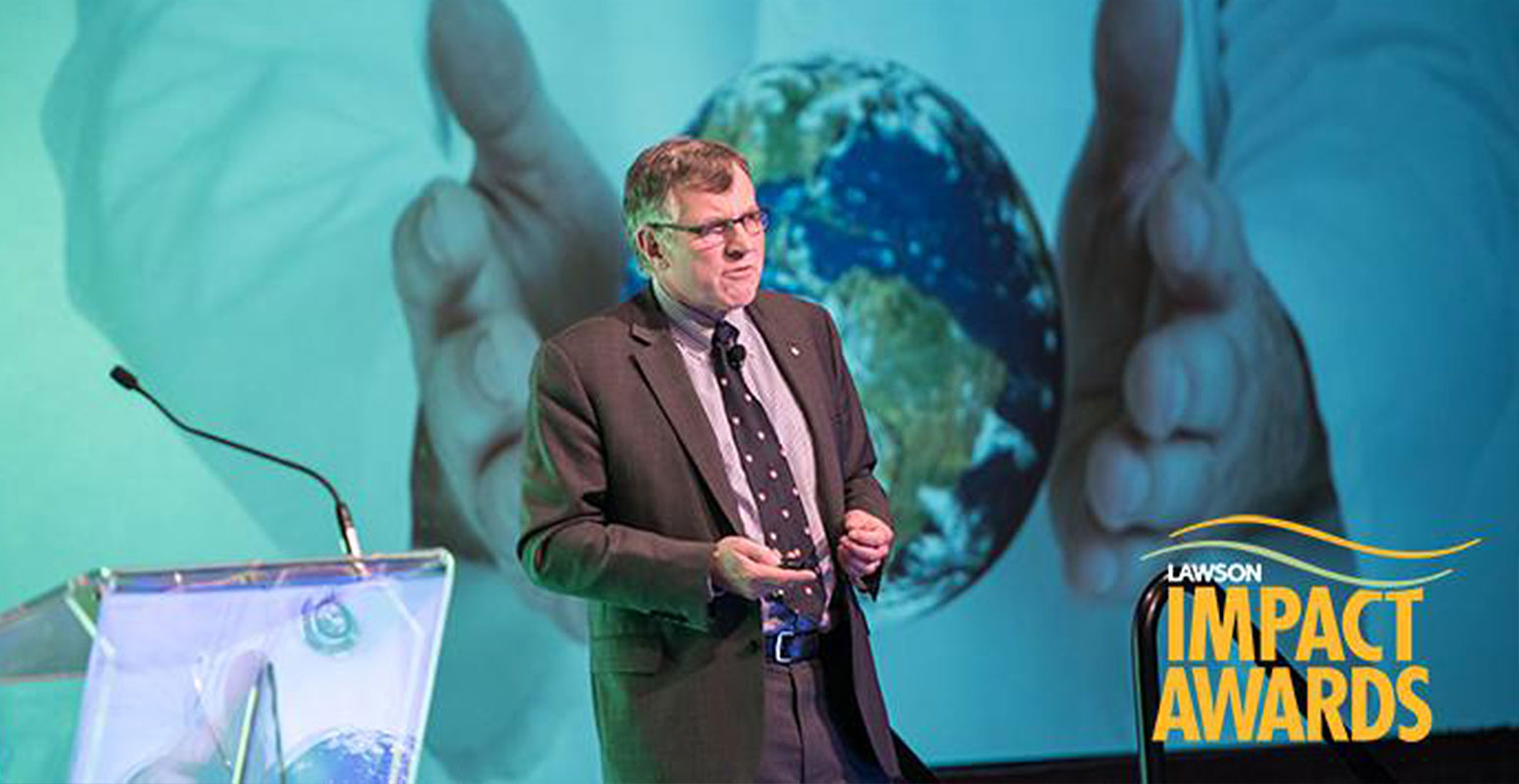 Off­site – With nearly 300 guests in attendance, health research was celebrated at the fourth annual Lawson Impact Awards on Wednesday, April 19 at the London Convention Centre.

The Lawson Impact Awards celebrates hospital-based research that makes a difference by advancing scientific knowledge and applying it directly to patient care. With awards in seven categories, the annual event honours Lawson scientists, staff, trainees and partners who demonstrate excellence.

“The Lawson Impact Awards recognizes those who have made exceptional contributions to science and innovation. This year’s winners include individuals, groups and partners who work tirelessly to improve our understanding of health and disease in Canada and around the world,” says Dr. David Hill, Scientific Director, Lawson Health Research Institute.

The recipients of Lawson’s 2017 Strategic Research Fund (SRF) were also revealed at the Lawson Impact Awards. The Lawson SRF is an annual competition that supports projects that will advance science in alignment with Lawson’s strategic research goals, as outlined in the Lawson Strategic Plan 2014-2018. For the second year in a row, the 2017 competition was focused on “inflammation”. The following two projects were awarded $50,000 over a two-year period:

A highlight of the event was a keynote presentation from record-breaking Canadian astronaut, aquanaut and researcher, Dr. Dave Williams, titled “The Art of the Possible: Innovation Transforming Healthcare”. Dr. Williams provided an inspiring talk that used examples from his space shuttle missions and health research to illustrate how the impossible can be made possible.

In addition, this year’s event honoured Canada’s 150th year as a nation by paying tribute to Canadian scientists and the contributions they’ve made on the world stage. Acknowledging the role of Lawson scientists in continuing this legacy, attendees were also asked to provide their feedback about the future of innovation. These insightful ideas will be shared in the months to come as Lawson continues to celebrate Canada 150.

To view videos of each award winner, visit the Lawson YouTube page. To see more photos from the event, visit Lawson’s Facebook page.