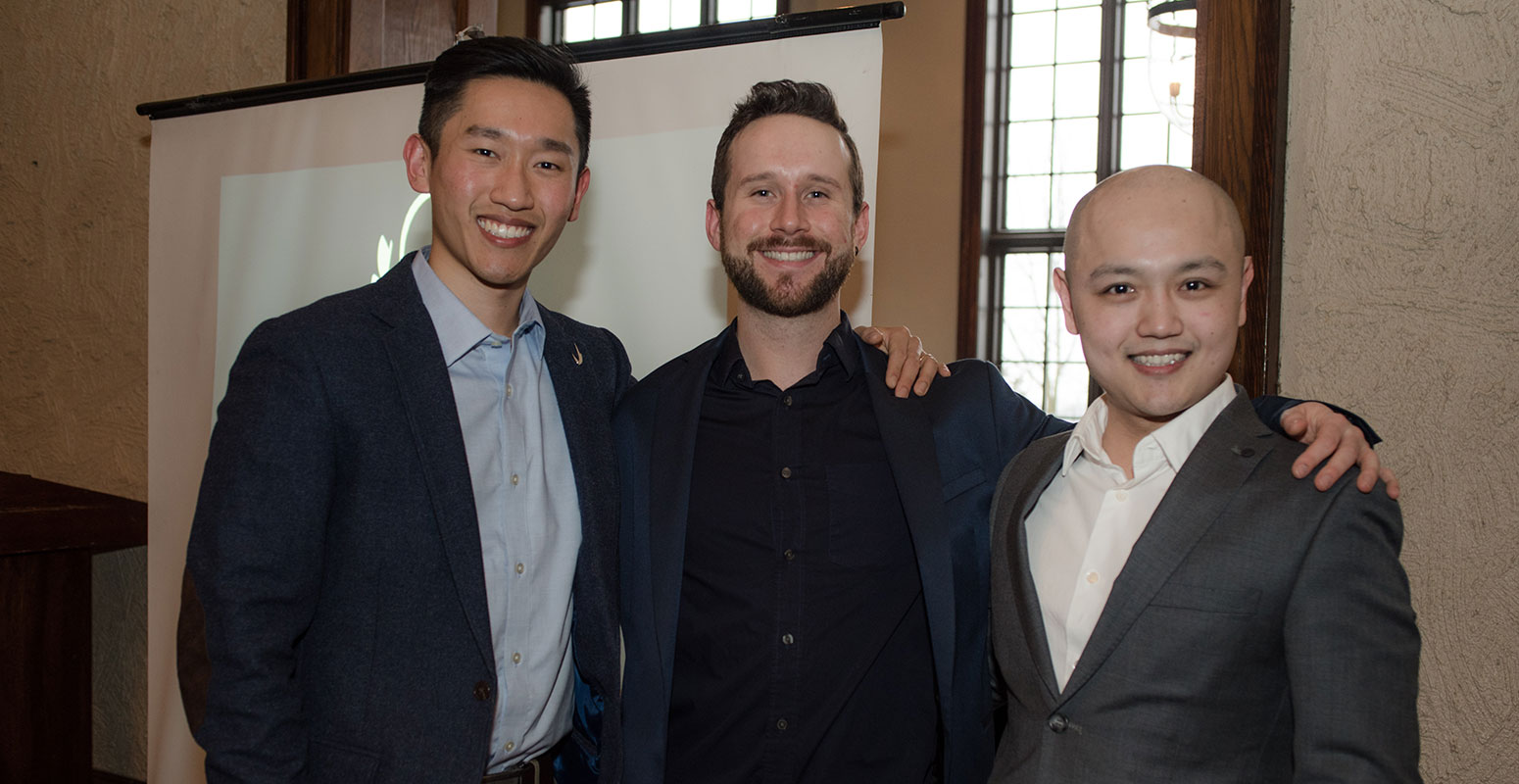 A plan to bring to market a revolutionary device to help premature babies – and their parents – breathe easier placed a team of Western and McMaster students among those earning top honours at the Proteus Innovation Competition.

As a result, the baby can receive the oxygen until their own lungs develop enough to breathe on their own.

For its work developing a business plan and pitch for a technology, Team Placentologix – composed Western PhD candidates Tim Han and Joshua Dierworlf, along with McMaster PhD candidate Michael Wong – was among three teams taking top honours at the Proteus Innovation Competition.

Now in its fourth year, the competition features teams from across Southwestern Ontario and included technologies from Western, McMaster University and the University of Windsor. The four-month competition takes three emerging technologies and challenges teams to plan their commercialization.

A key event within the Western Entrepreneurship ecosystem, the competition was a joint venture between WORLDiscoveries, Propel, Western Research Parks, TechAlliance, McMaster and Windsor. Three winning teams each won a cash prize of $5,000 and the opportunity to license the technology to form their own startup company.

The oxygenator is composed almost entirely of silicone, has a thickness of approximately 250 micrometres with thin silicone membranes (50-100 micrometre) providing gas exchange from top and bottom of a blood distribution network which is approximately 150 micrometres.

Team Placentologix was drawn to the artificial placenta as they saw it as an “interesting, market-ready technology that could impact the lives of millions of children.” Its needs also dovetailed into their individual strengths; Dierwolf and Wong are trained in developmental biology and placentation, and the team thought the scientific background could translate in a better business plan compare to the other two options.

“Our team believed that crafting a solid business plan was the foundation to delivering a good pitch. We spent most of our time on that. The strategy we took was to focus on first understanding the market pain experienced by all the key players involved” Han said.

The team reached out to several practicing neonatologists that regularly care for premature infants, and through conversations with them, learned as much as they could about the daily problems faced with current methods. They also reached out to the team of inventors who created the artificial placenta to make sure they had a firm grasp of how the technology worked.

Other winners of the 2019 Proteus Innovation Competition, in addition to Team Placentologix, were: