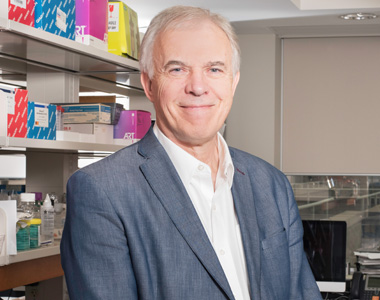 Dr. Anthony Jevnikar, a Lawson Health Research Institute scientist and Professor of Medicine, Microbiology and Immunology, and Surgery at Western University, specializes in the area of transplantation, transplantation immunobiology, and autoimmunity. With a passion for both clinical and healthcare research, Jevnikar has had a successful career as a researcher, clinician, teacher and administrator and currently serves as the Director of the Matthew Mailing Centre for Translational Transplant Studies.

Jevnikar can also add the designation of innovator to his extensive resume. Through his work in the area of immunology and microbiology, Jevnikar created a research tool in collaboration with physician-scientist Dr. Laurie Glimcher of Harvard University. This innovative research tool shines a light on the interaction between CD4+ T cells (T-helper cells, cells that help suppress or regulate immune responses), and class II molecules in order to develop type 1 diabetes. It also opened up the possibility for a new class of research models expressing alternate class II genes.

Utilizing Dr. Jevnikar’s invention, Dr. John Elliott at the University of Alberta was able to develop a novel research model which would be optimal for studying other autoimmune diseases like myocarditis, idiopathic dilated cardiomyopathy and heart failure and to understand the role of major histocompatibility complex class II in autoimmunity. It is being used by others to support research such as pre-clinical studies. The research model is currently available through Jackson Laboratory, an American nonprofit biomedical research institution. 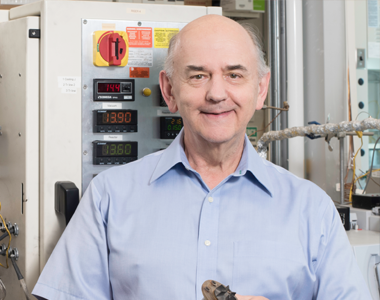 Hugo de Lasa is no stranger to the commercialization and licensing of technologies. A Professor in the Department of Chemical and Biochemical Engineering at Western University, de Lasa also serves as the President of RECAT Technologies, a spin-off company affiliated with Western University founded in 2003. RECAT Technologies specializes in the development and commercialization of various reactor engineering and catalytic technologies that are useful in the oil and petrochemical industry.

Recently, RECAT signed a new license agreement for a technology known as the Catalyst Mixing Through Vortex Mechanism. This is a technology that modifies a device originally developed by de Lasa and licensed to RECAT – the CREC Riser Simulator. The novel design significantly improves the efficiency of the first laboratory scale catalytic reactor unit, already successfully utilized in many research programs by industrial companies, governmental agencies, and universities around the world.

“Professor de Lasa has significant experience and expertise in this area as demonstrated through the continuous development and improvement on these simulator technologies” stated Lisa Cechetto, Executive Director of WORLDiscoveries®, “His work is further validated through the purchase of the reactors, through RECAT, by a variety of global organizations.”

With these new improvements, the CREC Riser Simulator device can operate at lower speeds resulting in better mechanical stability and offering improved gas mixing and particle fluidization. The Riser Simulator produces an environment nearly identical to those found in large-scale industrial reactors of petrochemical industries. It provides an accurate and cost-effective method for evaluating catalyst performance. A more profound understanding of catalyst performance is the key to higher desirable product yields and thermal efficiency. 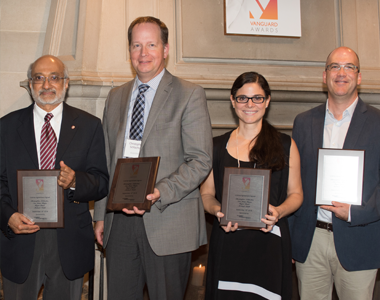 Surgeons often have their hands full during surgery – quite literally – while they manipulate surgical instruments in the operating room. This led Dr. Christopher Schlachta, Lawson Health Research Institute scientist and Schulich School of Medicine and Dentistry professor at Western University to see the need for the creation of a wireless hands-free surgical pointer (WHaSP) for surgical applications. The WHaSP was developed at London Health Sciences Centre’s CSTAR (Canadian Surgical Technologies and Advanced Robotics) program, a world-leading centre for researching, developing, testing and delivery of simulation training of minimally invasive surgical technologies and techniques.

The WHaSP allows surgeons to navigate interfaces on a monitor with a device worn on the surgeon’s head, the system uses movement tracking devices that track small head movements to control a pointer on a monitor that displays medical information relating to the present surgery such as images of the surgical site. This allows for better communication amongst the surgical team and trainees. “Better and more efficient communication in the operating room results in better outcomes for patients,” says Dr. Schlachta.

Lawson and Synaptive Medical Inc., a medical device and technology company based in Toronto, have signed a license agreement giving Synaptive global rights to commercialize the WHaSP system. This agreement will allow Synaptive to complete the process of integrating the technology into their commercial lineup of surgical navigation and instrumentation products for widespread distribution to hospitals and surgeons.

“The development of this technology is a great example of the type of clinically relevant innovation that is enabled when clinicians and engineers work closely together as they do at CSTAR. Lawson’s partnership with Synaptive is also a great example of how academic institutions and private industry can work together in a productive way to translate academic inventions into custom solutions to suit industry needs.” stated Kirk Brown, Business Development Manager for Lawson.

Read more
ecommPoint me in the direction of better surgical care05.24.2019 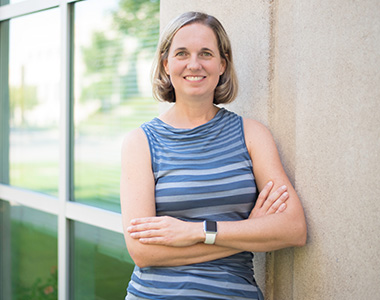 As our organization turns 10, we reflect back on not only the last fiscal year, but the successes and achievements that have gotten us to where we are today. In the last 10 years our office has grown from a team of 12 to 22, the number of active spin-off companies has increased from 6 to 35, revenue has remained strong, we launched InnoVerify and went from 0 to 295 in direct to market sales, and the number of active licenses has grown from 57 to 159.

WORLDiscoveries has also broadened our focus beyond just technology transfer, we have created a number of improved programs, annual events, and platforms that expand our organization’s impact. At the Annual Vanguard Awards we celebrate the accomplishments of our local innovators and through the Proteus Innovation Competition encourage individuals to create viable commercialization strategies for innovations developed by our partners.

The Western Innovation Ambassadors program, launched in 2017, now has &gt;25 ambassadors across each faculty at the University. The Graduate Innovation Scholars program supported 18 grad students and gave them hands-on training in entrepreneurship, knowledge mobilization and commercialization. The Western Medical Innovation Fellowship grew from an annual cohort of 3 to 5 and secured funding from the Burroughs Wellcome Fund, providing more educational opportunities to the fellows.

Finally, WORLDiscoveries Asia successfully completed a one-year program funded by the Ontario Ministry of Research, Innovation and Science, meeting or exceeding all deliverables established by the grant and expanded their portfolio to represent 30 Ontario organizations and 100 new technologies.

We have certainly come far in the past 10 years! We are excited to continue partnering with you as we move forward in accomplishing even greater things together.