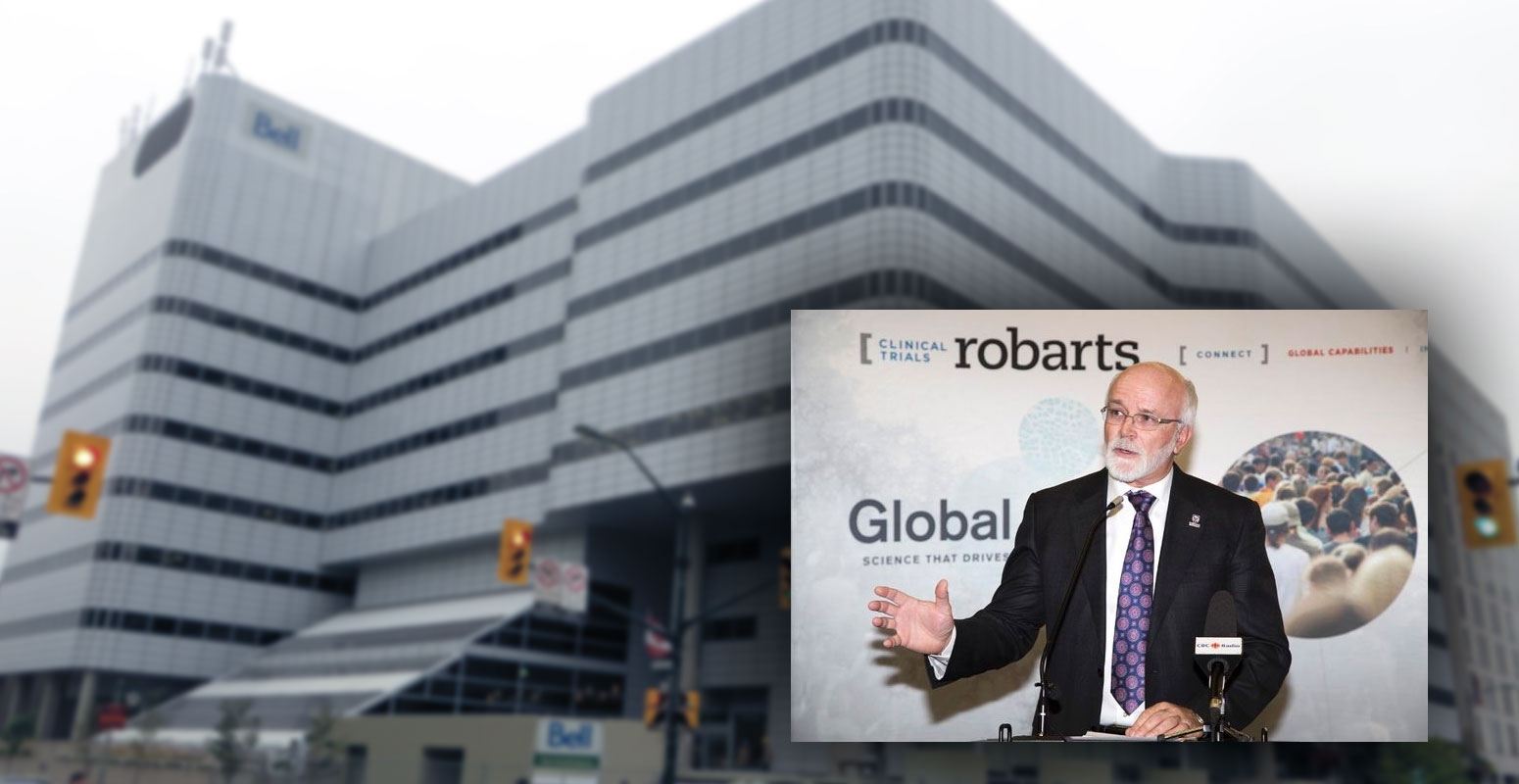 Downtown London will soon be boosted by about 100 bright young minds with the movement of Robarts Clinical Trials Inc. into the Bell building at 100 Dundas St.

“Robarts attracts the best researchers from around the world. Now they will work in our downtown and can live in our downtown,” said Mayor Matt Brown.

The move will also allow the prestigious medical facility to expand.

“This will allow us to do better science, bigger science, science that makes a difference,” said Brian Feagan, CEO of Robarts Clinical Trials.

An official announcement of the move, first reported by the Free Press last month, was made Tuesday in the second floor office of the building.

About 95 staff will initially move into the building next January after renovations are completed.

Robarts Clinical Trials is a spin-off business of the Schulich School of Medicine at Western University.

The business has offices in California and The Netherlands and conducts trials of new drugs and therapies for major pharmaceutical and medical companies.

Shmuel Farhi, owner of the building, said he will start renovations on the outdoor plaza and the lobby.