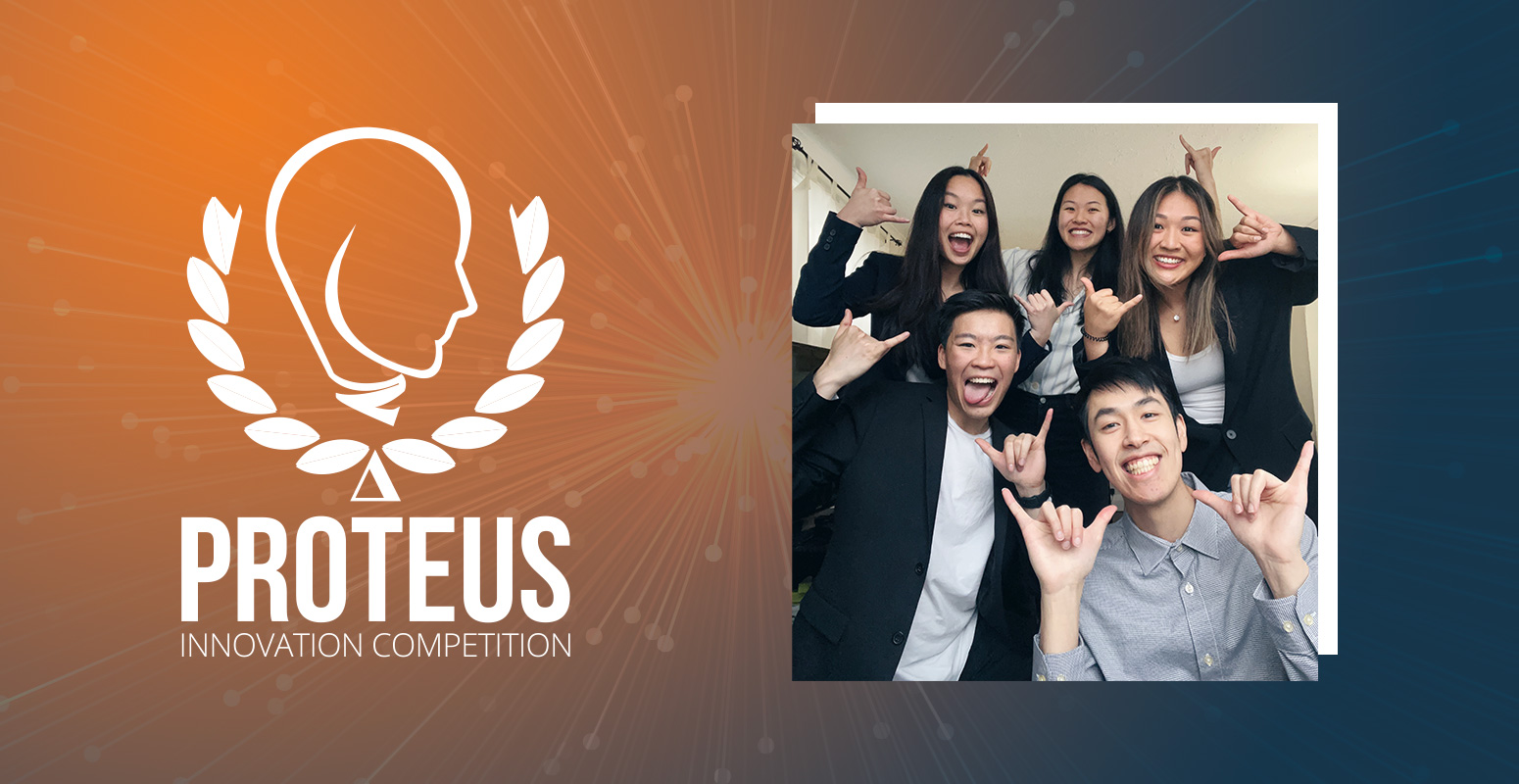 Another exciting year for the Proteus Innovation Competition has come and gone with five teams taking home over $25,000 in prizes.

Founded at Western by WORLDiscoveries and grown to collaborate with McMaster, Windsor, Waterloo and Guelph universities, the competition brings students together to propose viable paths to market for novel technologies developed at the partner institutions.

It’s a key event within the Western entrepreneurship ecosystem, awarding each winning team $5,000 and the chance to license the new technology and form their own startup.

“Proteus is a learning opportunity for students interested in the convergence of research, technology and entrepreneurship,” says Souzan Armstrong, Executive Director for WORLDiscoveries. “It’s also a chance to showcase innovations coming out of Ontario’s top institutions and engaging the ecosystem for support in bringing them to market through collaboration.”

Western put forward a Dynamic Cardiovascular Imaging for Rapid Patient Treatment Planning technology, developed by Dr. Aaron So, a Lawson Scientist and Professor of Medical Biophysics at Schulich Medicine and Dentistry. This novel CT scan software can accomplish in minutes what current technology takes hours to do – with much less computer processing power.

The team stated they entered the Proteus Innovation competition because “the technologies at each institution were already well developed and researched – there was no need to think of a novel technology.”

After attending the competition launch event the team decided on Western’s technology because they felt it had great market potential and they wanted to represent their home institution.

When asked how their team came together, they said “surprisingly or not, we are actually all housemates who live on a street named Rogers – hence Team Rogers! The multidisciplinary nature of our team and household gave us an advantage. Our team consisted of students in epidemiology and biostatistics, occupational therapy, kinesiology, microbiology and immunology, pathology, and business.”

The biggest takeaway from the competition was how much practice it required to nail the pitch in front of the panel of judges, who come from various industries including medical science, venture capital, or government.

The team is exploring the opportunity to work with Dr. So on further development and commercialization of the technology. In addition to one of the top $5k prizes, the team also won the $1k audience choice award.